Time Flies. I can’t believe I’m halfway through the residency already, I’ve been working hard on the paintings and now realise the time here is shorter than I imagined when I arrived with the luxury of a full month to play with. I’ve had to scale down my ambitions literally, I had wanted to shift up to eventually make some very large paintings towards the end of the four weeks but the costs of shipping these works back to the UK makes it impossible unfortunately. However I can continue working with these themes in the studio back home and I will also make sure the blog is complete too, I’ve started writing a few posts on various observations I’ve had on my ventures and it will be great to finish these off, even if that involves reminiscing in my garden at the Bolton homestead.

Towards the end of the first week I felt a bit like a coiled spring, the watercolours were a great preparation for eventually getting in the studio with the oils. I started a few small mountain paintings that feel like a combination of what happened in the Teton stage of the Moran project and the recent cave works. These two strands allow a great deal of freedom and abstraction until very late in the process and that feels right for where my interest lies in terms of the subject and the paint.

In previous posts I’ve mentioned that the whole view of the mountains can easily lead to taking flight and following paths, isolating little passages up canyons, over turrets and spikes of sharp stone. Similar to endlessly watching waves crash at the sea shore you feel a more powerful concentration of the full nature of the sea, in these small paintings, my hope is to let the imagination run into a limitless idea of the enormity of what is beyond the edges of the painted surface. 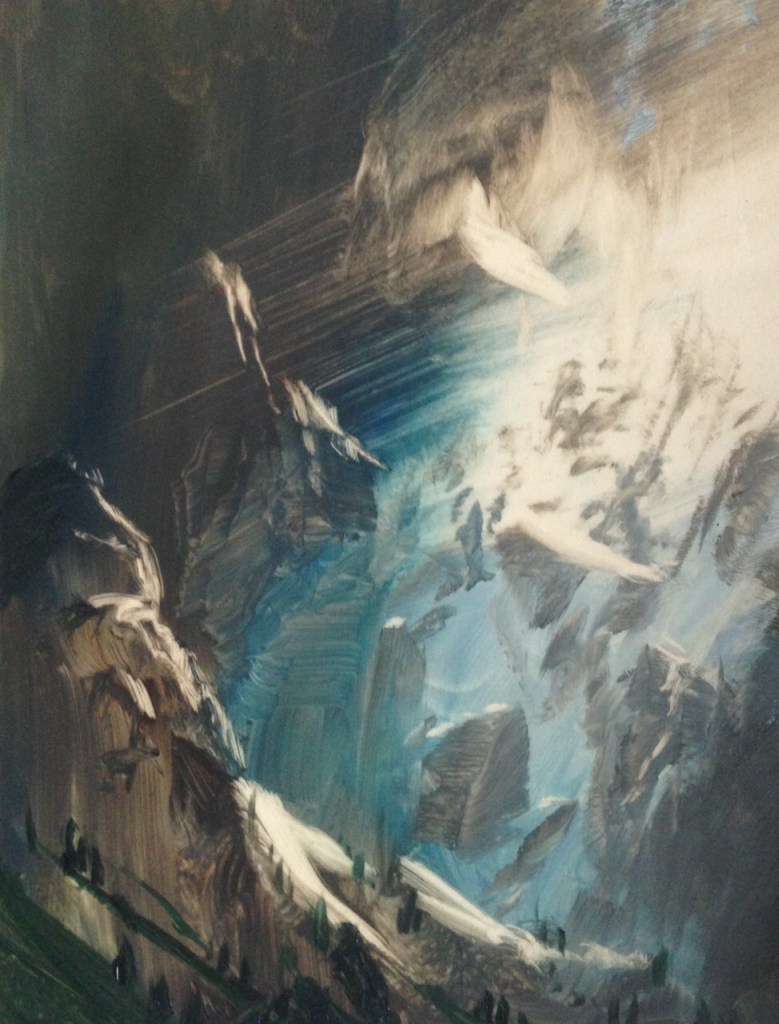 I’m a bit disappointed about the fact that I’ve had to rule out the idea of making some very large works but these fresh paintings will hopefully offer a small door into a big experience.