Melting Memories. Weather wise I was very lucky, there was the odd heavy rainfall that usually lasted a couple of hours but other than that there was some great sunny days, with intermittent clouds, making for fantastic light and bright colours.
The blanket of snow that covered much of the valley when I arrived gradually receded, like a continent breaking into smaller and smaller islands. However the closer you get to the mountains there was still some deep cover, which can stick around until well into May, so I still had chances to keep my snow shoes happy with a number of hikes. It’s was interesting to see the many shortcuts and paths, created in winter, that would be impossible when everything starts to grow. I like the thought of these many improvised routes and paths disappearing every year whilst the memories of new vantage points and the spirit of discovery they offered will still be very much alive in recollections of their founders.
Thinking along similar lines, the mountains began the annual melt. The stark black and white patterns on the mountain side continually bemused me, with a natural tendency to pick out face forms a recurrent habit I got into. As the the snow trickled away the character of these faces has changed, from small tight menacing expressions to lager more benevolent forms. I like to think this represents the warmth of Spring releasing the Valley from winter’s constriction but in reality these interpretations are more likely a reflection of the viewer’s gaze. As though my initial agitated expectation, when I first arrived has transformed into a more comfortable acceptance of my relationship with the new surroundings. 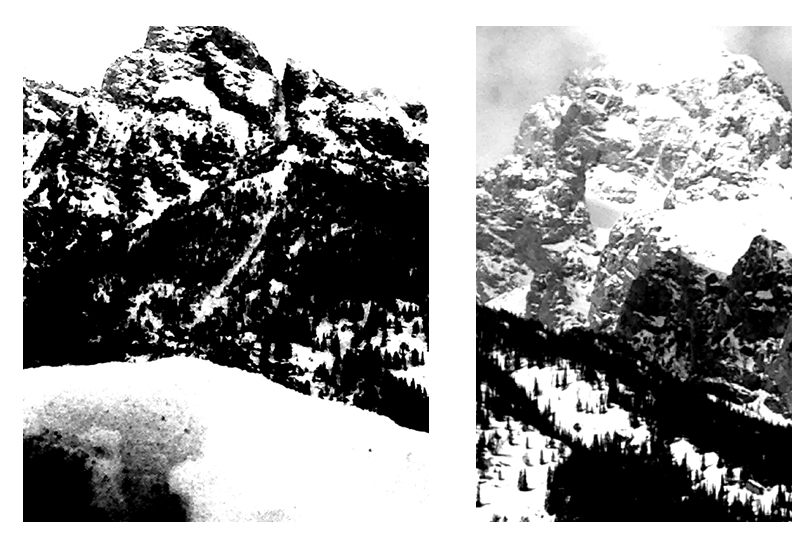 A feature of the local which has a more universally accepted dual appearance is Sheep Mountain. no prizes for guessing what it looks like when I tell you it’s other local name is “The Sleeping Indian”. As you pass the Teton Mountain range to the West as you head North out of Jackson the Gros Ventre Range dominates the views to the East. This is my sketch and it really does remind you of a Chief with a remarkably elaborate headdress having a snooze. I love this inclination to see and name recognisable forms in the Landscape and it seems very common in the West, perhaps due to the number of opportunities the landscape provides. 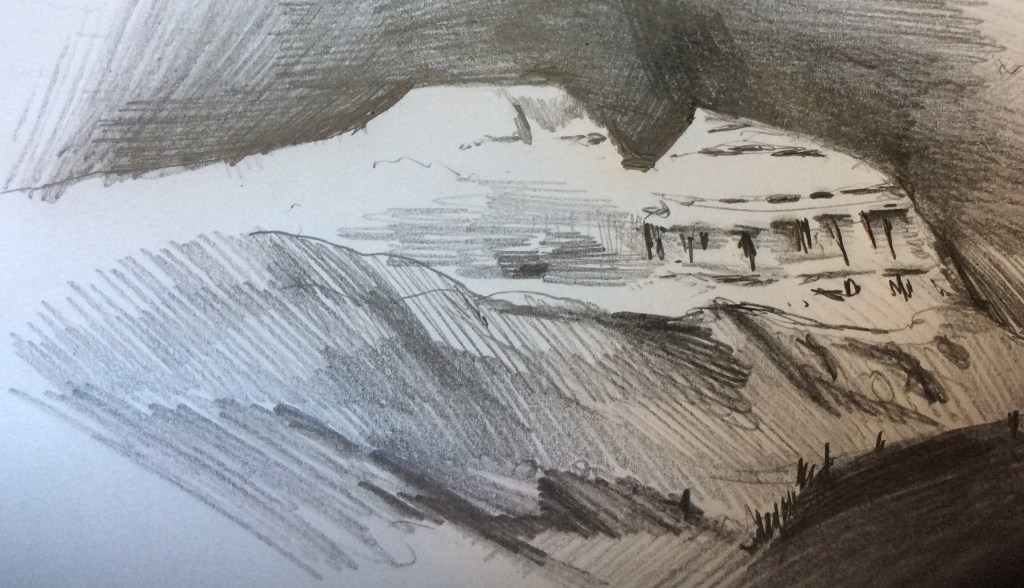