During the Canyon phase of the studio work it became clear to me that much of what I do attempts to place the viewer in a position which would be otherwise inaccessible. In this piece I had a desire to create a degree of the disorientation that I experienced on a footpath down to the base of the canyon. It is a feeling I encountered a great deal during the trip, focusing on elements of a scene that were the passing daily routines of nature, such as bird flight, whilst being amidst mythic surroundings more at home in my dreams. 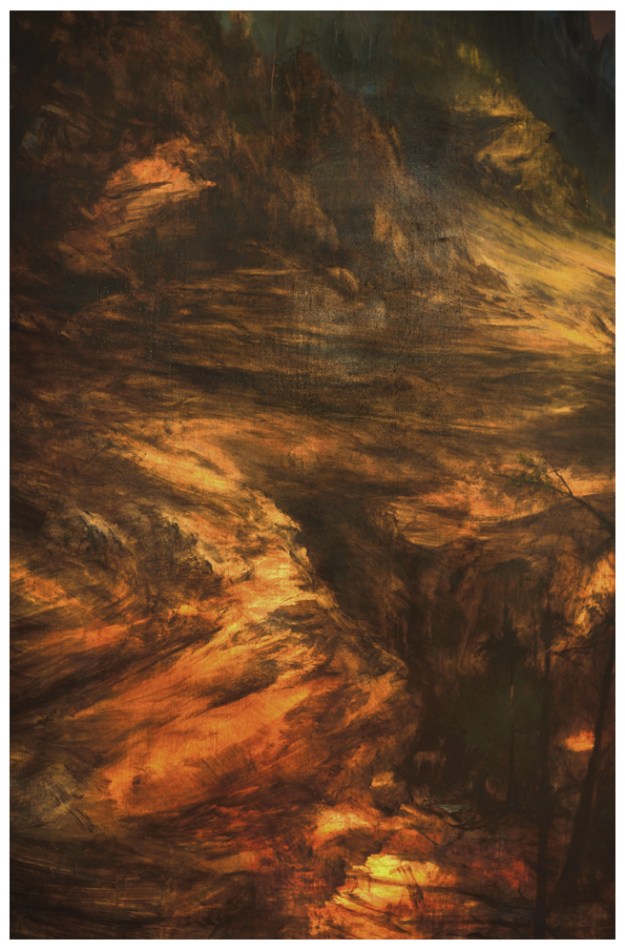 The image is primarily of a large cave in which two deer have found shelter. The animals are dwarfed by the landscape which itself the smallest of details of the incredible Canyon. In all of the large pieces I was struck that each image could easily have been continued onto more boards of the same size.
I was thrilled to unwrap this and place it in the space before the exhibition was hung, it has elements which remind me of fantastical Victorian painting and the gallery felt like a natural home for it.