"Often the mountain gives itself most completely when I have no destination but have gone out merely to be with the mountain as one visits a friend, with no intention but to be with him." Nan Shepard

James’ commitment to painting mountains goes back a long way. Camping trips in the Cumbrian Fells with friends, while still at University, had a dramatic impact on the young artist. His first landscape paintings were an evocation of these experiences combined with print making techniques and his first exposure to the original works of Turner and other 19th Century Romantic painters.

He was to return to the subject in 2006 after a chance conversation with the owners of Beckstones Gallery in the Lake District, they encouraged him to revisit the mountains for his first solo exhibition with them. More recently James has spent time in The Grand Teton region of Wyoming in the US and he will no doubt continue to find the challenge of painting Mountains as rewarding as the challenge of climbing them.

“I distinctly remember the first time I saw a painting of “Gordale Scar” by James Ward, I’m certain it’s an enormous painting but possibly not as big as it’s place in my imagination. It was around this time when I started to realise what painting actually was. Up until this time I had lazily concluded that painting was just a way to “colour in” a drawing. Starting to visit more and more galleries and seeing the surfaces of paintings for the first time felt like falling under a spell”   James Naughton 2016 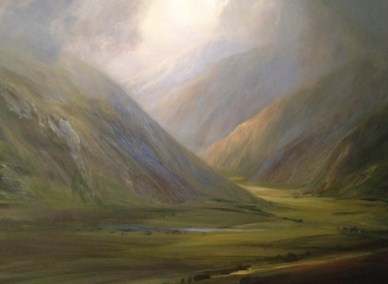 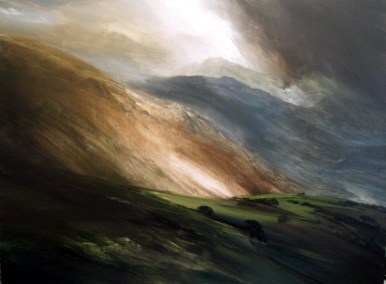