Final thoughts to Begin With
So there it is, I am back in Bolton and the first stage of the project is complete, it’s a good time to look back, in preparation for the time when I will be producing the work. A few weeks ago in the introduction posts I asked the question, ‘what did Thomas Moran think when he stepped off that train in Green River and gazed upon the Tollgate rock and the Palisades for the first time?’ These are only my own personal thoughts and pure conjecture but I think the answere, like most issues in life, is very simple but also weaved with subtle complexities.

On the surface I can imagine he must have thought himself blessed with an incredible opportunity, in being the first great painter of his generation to see this New World, creatively he could claim it, make it his territory and he did, later in life referring to himself as Thomas ‘Yellowstone’ Moran. As we have discovered any map of the region tells the story of his presence there.
I sense we all enjoy journeys partly because of the anticipation of the destination and in this instance the idea of an original exploration will have amplified these desires. An arduous railroad trip across two thirds of the country must have given him a flavour of entering a different realm, no longer would he have to dream of unparalleled drama and beauty, he would see it.
In stepping off the train the full realisation of his wildest notions would have greeted him(I’d love to know the time of his arrival, perhaps sunset). He was fully aware of a sense of the West being special, the word saturated with so much more meaning than the point of a compass, his first ever sketch of Green River being titled “First Sketch made in the West, Green River, Wyoming”1871.
Like me, Moran would have been used to a Landscape subject which could tell the story of the different aspects of a day or a year in the passage of the seasons. In the West he came face to face with a subject which would meet with the rays of the sun and tell the story of the Earth, of all time.
The visible geological strata exposed in the Green River cliffs are like lines in a tree trunk. The marks and scratches of weather and time, on it’s surface, are reminiscent of ancient calligraphy and the curious stone forms which emerge at the base of the rocks similar to Roman and Greek relief sculpture. Again in Yellowstone his subconscious would have had to adjust to seeing the very energy that created the earth in action before him. For a country in its infancy these visible remainders of the planets formation would have spoke to this yearning for a story far in advance of their arrival. The Native Americans may have reconciled this need and may yet but alas the period was one of initial cooperation giving way to tumultuous clashes between the two cultures.
In being such an admirer of Turner, Moran will have been fully aware of the romantic tradition. The task of painters, poets and musicians to communicate the glory of nature in sublime visions of natural forces at work. I have heard that when reading these works, due to the pervading beliefs of the times, the dialogue between the sky and the land is symbolic of the relationship between heaven and earth and god and man. The sky being the representation of Heaven and God with the Land being the equivalent of Man and Earth. Is it possible that, in these wondrous examples of ancient geological structure that Moran was in the presence of, a new subject that might epitomise a perfect balance between Heaven and Earth and God and Man? The cliffs surging into the skies but with a dignity and grace of eternal wisdom. Like I said earlier this is just my take on it and in considering that I see my work to be in this tradition too it’s easy to see how it serves my purpose to reach these ideas.
I can’t wait to get started in depicting my own Visions of the West. My plan is to have a period of space now between the trip and the work phase, starting in September. However I will continue to add to the blog when I realise new insights. Perhaps just before I start the work, I plan to write a number of posts about my artistic development and arrival at this point in my life. Thank you to Andrew for supplying much of the photography for the blog, it was certainly good to share the experience with him. A very intensive trip, with the inevitable stresses and strains but well worth it. 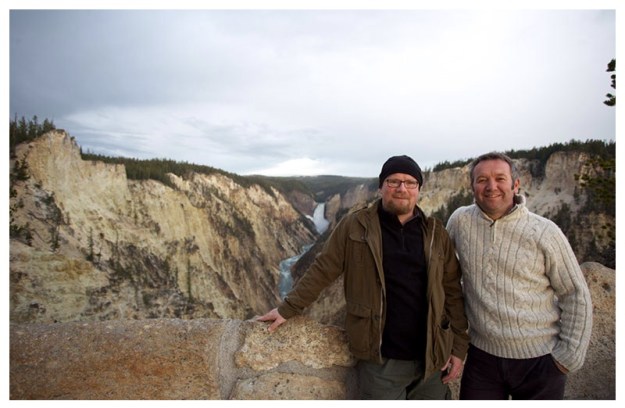 Thank you very much for reading the journey so far but this is just the beginning, the blog has had 2500 views so far from all around the world. My son is underwhelmed and tells me that “for the Internet this is not a lot” but I’ve thoroughly enjoyed keeping this record of each stage of the project. The exhibition will see the full culmination of all this research. 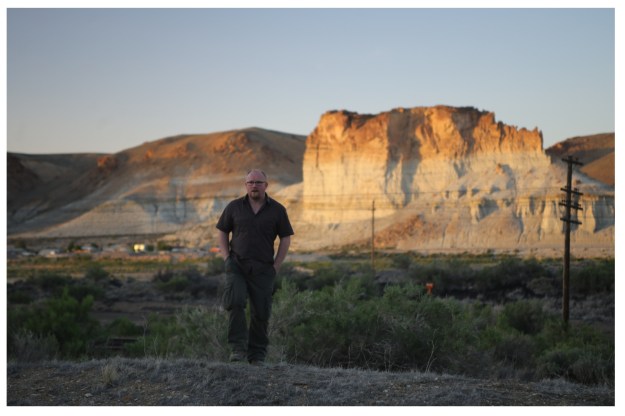