Heading North from the Cathedral Group we decided to visit Mount Moran today.
It’s a reminder of how much affection was afforded to Moran that one of the Tetons still bears his name. It was Hayden who gave the painter this honour during a follow up to the 1871 expedition. However not all these names, which were initially given, stood the test of time, including a mountain Hayden named after himself. 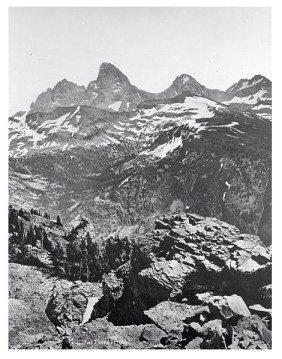 The first photography of the Tetons by Henry Jackson in 1872.

After the ‘Cathedral Group’ it is the most prominent of the range with a character all it’s own and very distinctive large patches of snow which remain on the peak all year round. 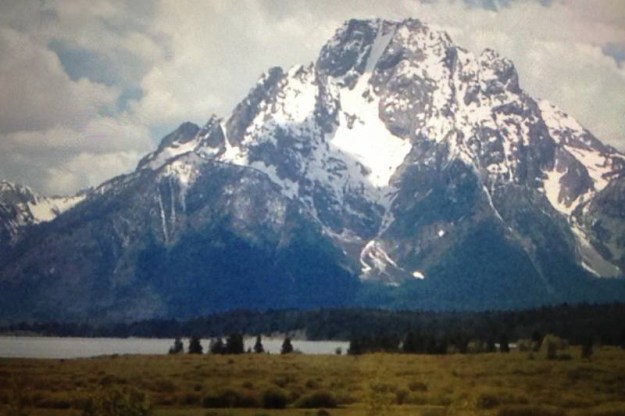 I’ve mixed emotions leaving this beautiful area, it’s been a perfect introduction to the trip and all too short. I console myself that there are many reasons to bring about a hasty return in the future. Now the Yellowstone phase beckons and also the shift from comparative luxury of the apartment to the RV.
The wi-fi might be a little patchy up there but I’ll do my best to keep updating when the campgrounds are equipped and will keep a chronology to the diary, so posts may seem a day or two behind.
Yellowstone National Park here we come!